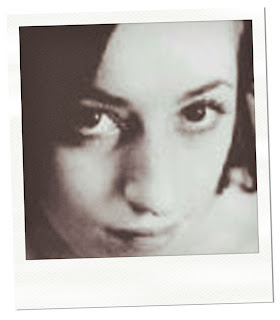 Friday's meeting with Kat proved to be very useful. She began by giving us a brief description of two projects with which she is involved. The first is as an associate director of the theatre company, Tangled Feat. The company specialises in physical theatre. They undertake long term collaborations which emphasise the values of trust and teamwork. They are currently working on their 6th Show entitled “Home”. This is their first project as a company. The piece is site responsive and was developed as an experiment which began life at the Deptford Albany. The show can happen in a variety of locations and gets richer the more people are involved. It is packed away into suitcases. One of the previous residencies was in a school in St. Albans where a performance of the play was improvised by 45 people. The company are also this year working with asylum seekers in Stockton and families in Kings Cross.

The second project is called "1 Mile Away" and is an exploration of a 1 mile radius area of South London. Unlike "Home" it is script based and the consequence of a collaborative workshop writing process with stories also being submitted to the project website and on Twitter. The emphasis is on non-linear and shared narratives and the final piece will be performed in local areas within the mile radius.

The discussion that followed explored the possibility that we could incorporate some of these ideas and working methods into our summer event(s) working collaboratively with Kat and Tangled Feet.

Stories and places.
Potential of the Tallis site – lends itself to site specific work.
Punch Drunk - a theatre company specialising in site specific work
dreamthinkspeak - another company who have utilised unusual locations for promenade pieces
Need to experiment with this kind of work to see what happens.
Could we use “Home” as a starting point? Do we start with Drama or can other activities be included – photography, sound, languages, history, geography?
Weeks 1st June, 22nd June, 29th June, 6th July then September residency possible
Changing perception of spaces
One event can cause a chain reaction.
£3650 + materials for a week residency
How can we get parents involved?
We need to write a brief – aims, budget, roles and responsibilities, scope of the project, partners in school
Could we use this project as an experiment to see if something even more ambitious could be created next year? A community opera? A huge site specific performance telling the story of Thomas Tallis School? A celebration of the 30 years on the current site and a way to say goodbye to the present building?

The group agreed that we would like to engage the services of Kat and Tangled Feet for a week long residency this summer with the possibility that this would be extended into the Autumn term. I agreed to write a draft brief which would be given to Kat before her meeting with the company this Wednesday. I'll try to put something up online for discussion today.

Thanks to Kat for agreeing to meet with us and inspiring us with some fantastic ideas. Watch this space!
Posted by Jon at 10:29 am