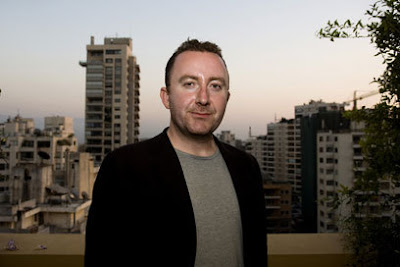 James Harkin has written a great piece in this month's Observer Film supplement about how our appetite for non-linear stories has been shaped, in part, by the internet. You can find the full article here. What follows is an edited extract:

In her speech accepting the Nobel Prize for literature in December 2007, for example, Doris Lessing delivered a sermon warning against the dangers of spending too much time on the net. What we urgently need, she argued, was a new appreciation of the ancient art of storytelling, which was, under the weight of all this new technology, in danger of being forgotten. "The storyteller," she insisted, "is deep inside every one of us... It is the storyteller, the dream-maker, the myth-maker, that is our phoenix, that represents us at our best - and at our most creative."

Lessing was right about the power of storytelling... Stories are everywhere, and the reason they are so popular is that they offer us meaning and a way of making sense of the world and our place in it. For as long as we humans have existed, stories have entertained us and helped us hand down knowledge and lore from generation to generation; they are so fundamental to us that they must somehow be hard-wired into our brains.

Isn't it possible, though, that Lessing was too pessimistic? Isn't it possible that the greater freedom for manoeuvre afforded us by electronic information is simply altering the kind of stories that we want to listen to? Might our cybernetic urge to forge our own path through electronic information, as the media guru Marshall McLuhan predicted in the 1960s, now be too restless to cope with the traditional one-thing-after-another plot lines that we're used to in mainstream culture? If stories are hard-wired into our brains, in other words, isn't it possible that the wiring is subtly changing?

The control of the book's author over how we read is not absolute; tire of a bad book and one can always turn its pages to find the sexy or interesting bits, like the owner of a video recorder pausing or fast-forwarding a dull film. Compared to the computer gamer or the internet user, however, the reader of a book has long been seen as passive and utterly at the mercy of the storyteller - he or she, after all, has precious little power over how the story is told. On the other hand, it's the humble reader who chooses how to interpret the work. Even in the most straightforward of novels, it's up to the reader to reassemble the component parts of the story in their minds and then scan it for meaning.

Those of us who have got used to doing things on screen, however, have a much more powerful way of taking the reins from an author or an authority. Armed with our computer mouse, what would have been a book appears to us as a stream of messages on a loop, a loop that usually encourages us to hop around nimbly from one place to another. What kind of stories do people brought up like this want to hear?

Look carefully at mainstream television and cinema: a new kind of storytelling that deliberately engages our restless, cybernetic imagination already exists. Stories like this seem to allow the audience to adjust and zigzag their way through the story - not by giving away some physical control of the narrative, like a computer game, but by adjusting themselves to a sensibility that will be familiar to anyone who has spent time sending out messages and batting back feedback on an electronic information loop.

These new stories are not structured in the traditional way - they are oblique and elusive enough to allow for a wide variety of interpretations, and broad enough to allow the reader more freedom of manoeuvre to follow their own path through the narrative. For the most part, the plots of these new stories emphasise chance, coincidence and random connections. They don't have an obvious beginning, middle and end; if they are thrown forward at all, it is by bad luck, freakish twists of fate, and the systematic inability of characters to take things into their hands and make sense of their own lives. Like all good stories, these new stories are invested with morals and meaning, but more often than not the meaning is that meaning itself is difficult to decipher. What is special about this new kind of storytelling in cinema and television is that it is becoming increasingly nonlinear.